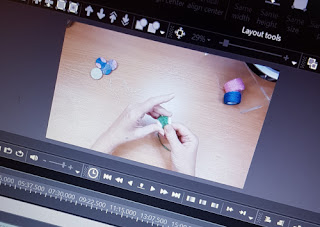 Today I've been doing a little bit of filming and editing - getting a new button tutorial ready for YouTube. Turns out that I hadn't turned on the camera for part of the video - so when I turned it off, I was turning it on - and filming an empty table...
We've also decided to start re-filming all of the button DVDs, to make them online content. So many people no longer have DVDs, and to be fair, our equipment is so much better. Not to mention the fact that I've learnt a lot since 2011 (when we released the first DVDs) and now work the odd button in an entirely different way.
But, in between this rather mammoth task, I do want to film the odd little thing for either YouTube, or perhaps other courses. If there's something you'd like to see a video tutorial of, please let me know. I can't guarantee I will be able to do everything on the list, but it would be nice to know what you would like.
Keep safe and well everyone x
Posted by Gina-B at 8:43 pm